Anita’s fundraising career started when she was nine 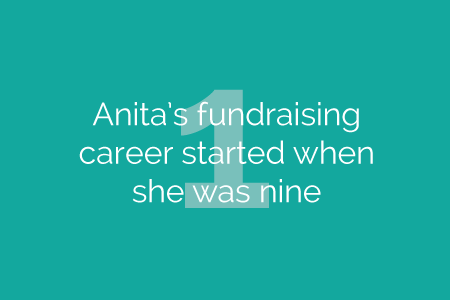 Anita has two sisters, and because her mom felt blessed by her daughters’ good health, the Nowak girls spent most of their childhood Novembers after school collecting coins (and bills when they were lucky) for the Telethon of Stars, a 24-hour live TV broadcast that raised funds for two local children’s hospitals. They did this for ten consecutive years, raising thousands of dollars along the way.

This early experience with ‘giving back’ is at the heart of Anita’s commitment to empathic action.

← The film that changed Anita’s life What’s the difference between consulting, counselling and coaching? →