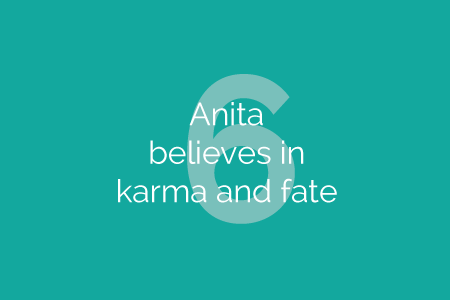 It was a gorgeous mid-October afternoon – the kind of autumn day in Montreal where all the trees are showing off. I had just finished a meeting and was cycling back to work. I biked past a young woman panhandling just as the streetlight I was approaching turned green. I decided not to take it. Instead, I circled back to buy some nuts, a banana and bottle of juice for the young woman. While chatting, I learned her name was Easter.

Ten minutes later, I accidentally bumped into a man with my bike outside a building on McGill’s downtown campus. He turned around, startled. I apologized. And off he went. A totally normal unfolding of events. But then, for reasons I cannot explain, and just like in the movies, I called out to him: “Is that your lunch?” And before I knew it, we were sitting together on a bench, both eating out of Tupperware containers.

Giorgi is now my husband. And there’s no question in mind the universe conspired to bring us together. 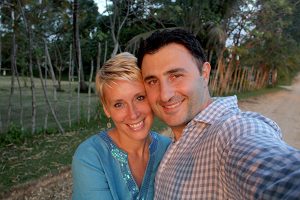 Anita & Giorgi – brought together by karma.

Anita’s favourite day of the week →