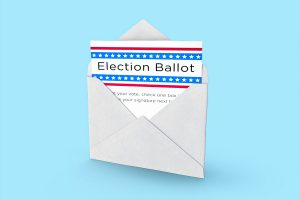 In a matter of weeks, the US electorate will have the opportunity to exercise one of its most sacred privileges: the right to vote. For America – and the rest of the world – it will be the most consequential election of our lifetime. A referendum on Donald Trump as President to be sure, but also a nation’s referendum on empathy.

Empathy – the capacity to feel what someone else is feeling or imagine what they are experiencing – has beenon decline for years. But Trump has eviscerated it from the White House. Here are a few examples from his vast repertoire of empathy-deficient decisions, actions and stances:

Empathy is often conflated with words like pity, sympathy and compassion. But they are not synonymous. Instead, think of them on an altruistic emotion continuum – with pity on one side and empathy on the other.

When you pity someone, you necessarily look down on them. There’s power asymmetry embedded in the relationship. But when you empathize with someone, you recognize that we all share a common humanity. Something the U.S. President has repeatedly failed to do.

History has shown that hate flourishes in the absence of empathy for “others.” The Rwandan genocide and conflicts that ravaged the Balkans in the nineties turned neighbours into enemies overnight. Two examples of what can happen when leaders castoff empathy and use “us vs. them” narratives to pit one group against another.

The corollary is also true. Purposeful empathy can catalyze social progress and bring people together across all sorts of dimensions of difference.

Let’s be clear, Trump’s words and actions are doing real harm to people. But let’s also acknowledge that he’s a symptom of an even more existential threat: America’s growing empathy divide that could help dismantle their democracy, with sweeping implications for the world.

Let’s pray that our neighbours to the south, practice collective empathy at the polling station in November. The stakes could not be higher.